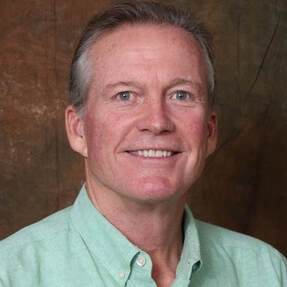 Steve and  his wife Vickie are the proud founders, owners and operators of Murray Family Farms.  The farming operations includes two regional agricultural tourism destinations and seven sustainable / organic fruit farms. Recent recognitions include: Small Business of the Year – Rudy Salas, Bakersfield’s Best Fruits and Vegetables, Bakersfield’s Best Organic Fruit, and many others. Steve attended Riverside Community College and graduated from U.C. Riverside and is a fellow of Leadership Bakersfield (2006) and the California Agricultural Leadership Program (Class XXVII). Steve grew up with the Science of Mind teaching. 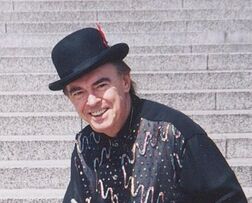 Bill Okal, Vice President
billokal@sbcglobal.net
​I was introduced to Religious Science (RS) in 1982 in San Francisco. At the time I was a member of the Unitarian Universalist Church (UUC) in Oakland where I served two terms on the Board of trustees. My Sundays frequently included attending two services: the UUC which focus mostly on social issues, and, the RS center in Oakland which, of course, focused on spirituality and personal development. I moved to Bakersfield in 2002 and attended the Center for Spiritual Living sporadically until my semi-retirement in 2011 when I became a more regular attendee and subsequently a member. 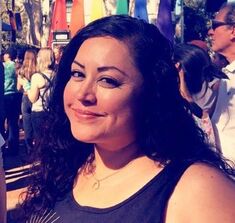 Liz Tovar, Secretary
liztovar5455@gmail.com
Liz was born and raised in Salinas, California until she claimed Bakersfield as her home in 2003. She began attending Bakersfield’s Center for Spiritual Living in 2018, where she has taken almost every class offered there since then. She volunteers as an usher and became a member of the board of trustees in 2020. She is eager to continue learning and thriving on a path of spiritual growth and expanded awareness. Liz is happy to serve our inclusive community and center, remaining focused on our vision: to awaken humanity to it’s spiritual magnificence.

karen.mathis55@gmail.com
I discovered Science of Mind when I was 6 or 7 years old. The Church of Religious Science in Salinas was meeting in a recreational center where I was taking tumbling classes. I saw the flyer for the service, and somehow convinced my atheist mother to take me to the Center on Sunday. The rest, as they say, is history, and my mother did not remain an atheist!

​The wonderfully kind minister in Salinas told me I could attend with the adults, as long as I acted like an adult.  I went from being a child who could not sit still, to one absolutely riveted to her seat, listening for the next story, the next Truth to permeate my brain and my life. It was glorious, and I was hooked!

Throughout my life I have explored other belief systems, and work daily to acknowledge God in all things, but my heart always returns to the Truth I picked out so very long ago, The Science of Mind.

I have been on the Board of Directors for other organizations, and chose to be on the Board for Center for Spiritual Living Bakersfield as I see so much good that we can bring to the world.  I love the online platform, and am always looking for ways to get the word about our Center out, so please contact me if you have any suggestions.
Kyle Williams
661-487-0242 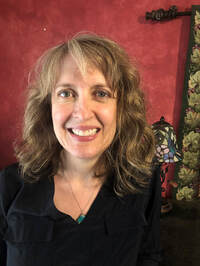 Jennie Bowling, member at large
​gregbradyfanclub@hotmail.com
​I grew up in the Midwest, attending Methodist church and Sunday school every week. I stepped away from Methodism when the church divided over the issue of same-sex marriage. Thinking there was no denomination with my beliefs, I happened to see an ad for Unity church and attended there from 1998 until 2011. Also around that time, I discovered yoga and became a yoga teacher from 2006 to 2017. Once my daughter came along, I tried CSL (in 2011), looking for a more thriving children's church. Not only did I find that, but I found a center that was an even better fit for my spiritual needs. I am happy to support CSL in its always positive mission to empower others to live their best lives.

Gustavo Lomeli, member at large
I am originally from Guadalajara, Mexico. came to the US in 1985 and learned English in High school. I then went on to college to receive my degree in nursing which is a calling more than a just a job. I grew up in a catholic household. I didn't feel strongly about the catholic church and felt that I was missing something. I then started seeking other Christian based churches and I found myself in the same spot spiritually. In 2010 I was invited to Science of Mind in Los Angeles by a good friend of mine. The first time I went there, I understood what they were talking about, as if the knowledge was in me all along. I then became a regular to the Sunday services there, and started practicing the principles of SOM. I moved to Bakersfield in 2019 and needed a spiritual center, and found Center for Spiritual Living Bakersfield and immediately I felt at home. I strongly believe that God works wonders when we open our hearts and minds. It can work on any area of your life, the universe is endless and so are the manifestations. ​ 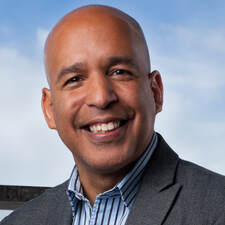 Rev. Gregory Toole
Rev. Gregory Toole, our Senior Minister, is an ordained minister with Centers for Spiritual Living. He is the Founding Spiritual Director of Somseva whose mission is to inspire authentic, compassionate relationships through spiritual education, tools, and practices that promote peacemaking and conscious action. Gregory is also author of the book, "A Simple Guide to Planetary Transformation."
gregory@gregorytoole.com